She's one half of the "Ultimate Pair" the cock is Fez's Boy, this pair have bred 18 x 1st, 12 x 2nd etc! Plus 1st Open National 1st Section 1st Combine. Also a cock (Davies Boy) to win 8th Open YB National Folkestone 2010 and his nest mate was 1st Club 7th Sec. 59th Open National Maidstone 161 miles. Another cock (Nom Cock) broke all club records for winning the £1 nom 9 times in one season the previous record was 3 times with the same bird then the same cock broke his own record by winning the £1 nom 11 times in 14 weeks before being stolen! 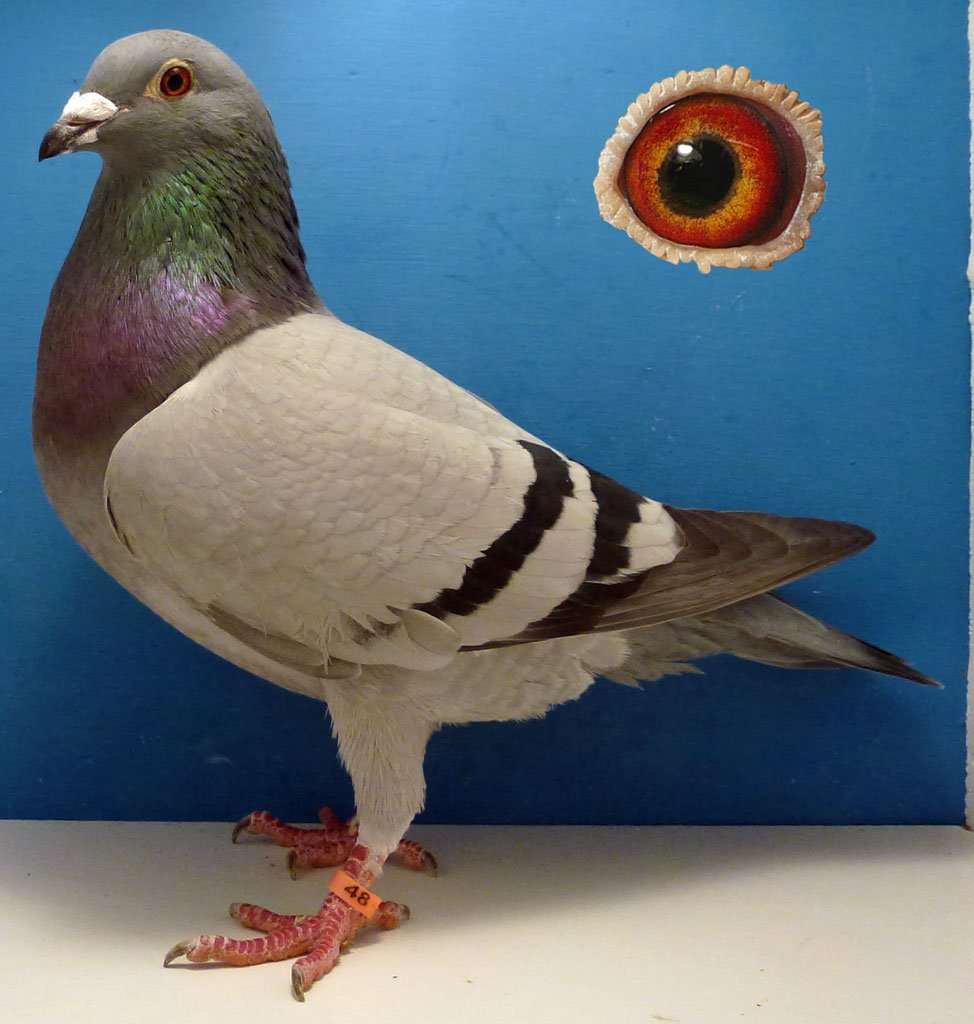